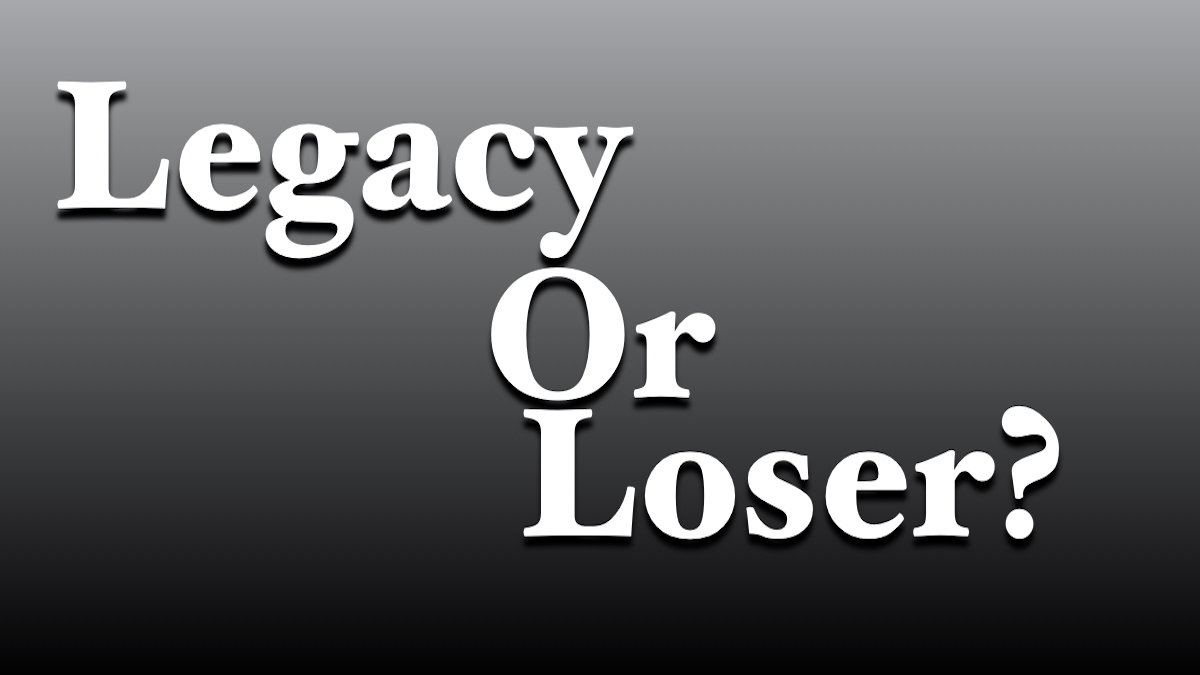 One of the many sayings that the late C. Dan Joyner would say to the Real Estate Agents that worked at his company was “Live, Love, Laugh, Learn, Leave a Legacy.” It doesn’t matter whether C. Dan actually coined the phrase or not. What matters is how that would make people feel once it hit their ears.

I had the opportunity to attend two celebration of life ceremonies this week. One was for an elderly grandmother who was clearly loved by her family and the other was for a 53 year old female who unfortunately had lost her battle with double lung cancer. As I sat in both of these services I began to think how different yet the same these two individuals actually were. No, they did not know each other. No they were not related. The only real thing that was the same about them was that they were both female. That is it…

BUT, what others had to say about each of them was surprisingly the same. They were both givers. They cared for their families and made sure that other’s needs were handled and taken care of before themselves. They were both self-less. They were both helpers and had the belief that they were put on this earth to help others. They did that with precision.

They both showed massive amounts of love toward others whether they actually knew them or not. Whether you were part of their family or not they both would make you feel like you were.

Is this type of behavior normal in today’s society? In my limited opinion, I would say “not.” Should it be? That would be answered with an overwhelming “YES!” We should strive everyday to put something within others and leave a little piece of us that they will never forget how we made them feel.

How can you leave a legacy in someone else today? Is it simply complimenting the bag boy at the grocery and making him or her feel like they are the absolute best at what they do? Is it helping the family in financial crisis on the verge of losing their home in foreclosure? No matter what it may be, leave a legacy in someone today. Ask yourself…”Do I want to leave legacy, or a loser?”

Until Next Time ~ MLT